Did the BBC report Pope Francis said “Real God is not a relgion, the relationship with your God is what matters”? No, that’s not true: that quote was attributed to him by a website pretending to be BBC radio but which appears to be a new website by or inspired by the same people who ran a network of fake news sites Lead Stories investigated earlier and that shut down in April. The quote is fake.

The story originated from an article published on June 28, 2018, by a site falsely claiming to be BBC Radio titled “Real God Is Not A Religion, The Relationship With Your God Is What Matters-Pope – BBC” (archived here) which opened:

Speaking on Tuesday, 26th, the pope confessed to have heard what the Philippines controversial leader said. He added that the President’s sentiments are not related to any religion in anyway and that he should be allowed to worship his God.

“I see no problem with President Duterte’s words. Let us not be small gods that we must be worshiped.Real God is not a religion. The real God is about to have a relationship with your God. Let him serve his God. Let us not drag the church into politics.” he said

However, he added that, “Catholic authorities will launch investigations on church leaders who are engaging in petty politics and those who are benefiting from drug business.” 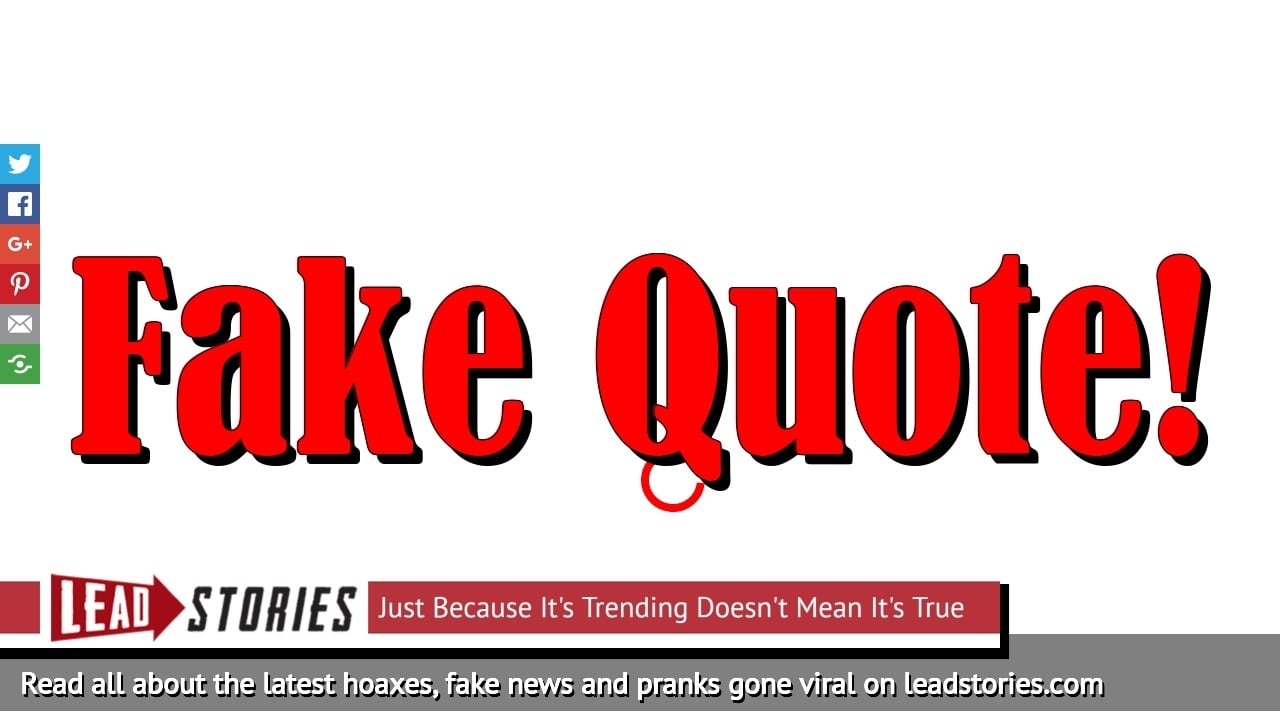 Manila, Philippines, Jun 27, 2018 / 03:16 am (CNA/EWTN News).- After calling God “stupid,” Philippine President Rodrigo Duterte said on Tuesday that he will seek to have a dialogue with the country’s bishops’ conference in an effort to repair relationships. The president’s spokesperson announced that a committee would be created to better collaborate and communicate […]