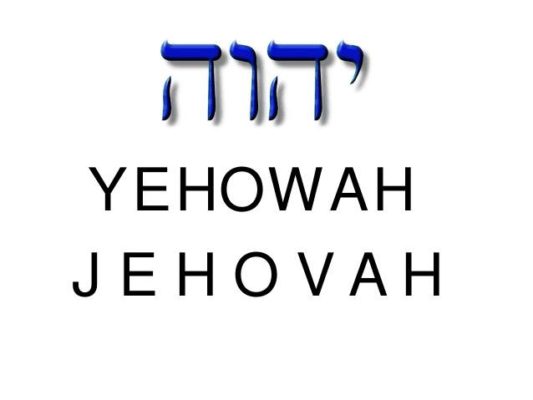 “Jehovah” is based on the form in the MT: the consonants of YHWH and the vowels of Adonai (AdOnAi) reduced A-vowel (“e”), long O, and long A).

“Jehovah” is not a name or a Hebrew word. It is a conflation of YHWH and Adonai.

It is the (uneducated) combination of “the consonants of YHVH with the vowels of AdOnAi.”

That is, the word is YHWH, something like Yahweh. Out of respect, the sacred name became unpronounceable, so they substituted Adonai in the vocalization to alert readers to say Adonai when the text was read out loud.

According to Jewish Tradition, there is a restriction in reading YHWH.

That is why Adonai (אדֹנִי) was used instead of YHWH.
Adonai is used by the Jews every time they want to read the name of God.

There is a dominant tradition among Jews about tetragrammaton יהוה and this should be read as Adonai.

“Jehovah” is not a word; it is an erroneous mix of two different words by people who know Elementary Hebrew but not much else and see that combination in the Masoretic Text and presume that the form with those consonants and those vowels is the correct name but is simply is not.

Jehovah is incorrect; it is a mixture of qere (aDONAI) & kethiv (YHWH): the consonants of YHVH with the vowels of AdOnAi (which the MT does, it vocalizes the four consonants as if “adonai” to keep one from pronouncing the name). YeHoVaH (the “a” in adonai is a shewah).

According to a respected and famous Jewish scholar, Professor Lawrence Schiffman (leading scholar of ancient Judaism):

“Jehovah has no possibility of truth Y-H-W-H is more accurate as it assumes no vowels.”