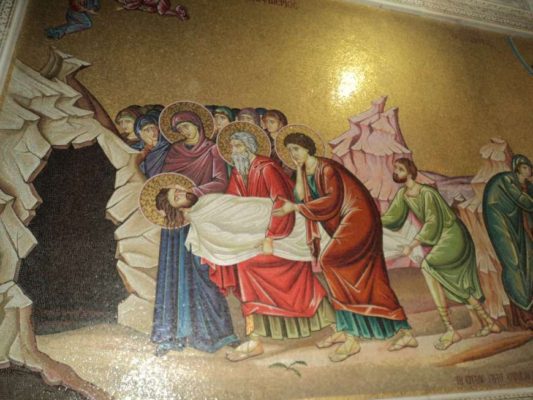 Jerusalem, Nov 30, 2017 / 10:33 am (CNA/EWTN News).- Following the recent restoration of the Holy Sepulchre, archaeologists have confirmed the construction dates of the structure surrounding what is believed to be the tomb of Jesus.

Having undergone renovations in 2016, the tomb was opened for first time in centuries last October. Archeologists were able to test samples of the mortar near the cave’s southern wall and the entrance, according to National Geographic. The sediment in the samples was was measured for its most recent exposure to light using a process called optically stimulated luminescence.

They found that the mortar and marble slab covering the original burial bed dated back to about 345 AD. This coincides with the time period that Constantine was believed to have built the shrine around the tomb, and refutes claims by many researchers that the shrine was built only 1,000 years ago, during the Crusades.