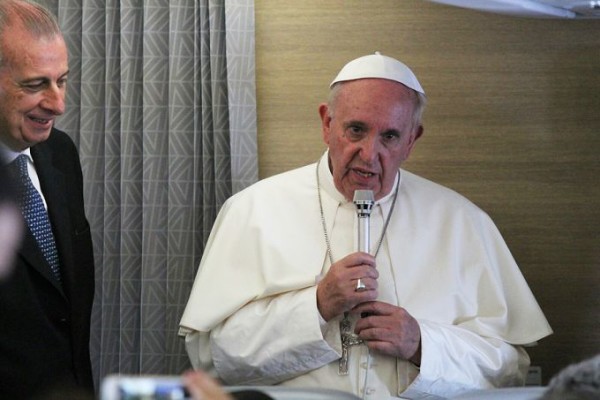 Newspapers and websites erupted over the weekend with headlines like:

Shame on all of them.

The pope didn’t call for changes.

This is a classic case of the pope saying something and the media going hog-wild and completely distorting it.

How did all this start?

Italian television aired an hour-long interview with Pope Francis in which he was asked about a new version of the Lord’s Prayer in France.

You can watch the interview (in Italian) here.

What did the French church do?

They adopted a new translation of the Lord’s Prayer for use in the liturgy. It went into effect on the first Sunday of Advent (which is why Pope Francis was being asked about it).