The death of Jesus Christ on the Cross is important to Christians since it reminds us of the greatest gift given by God as forgiveness for the sins of mankind. However, this is denied by our Muslim friends because they do not believe that Jesus died on the cross. 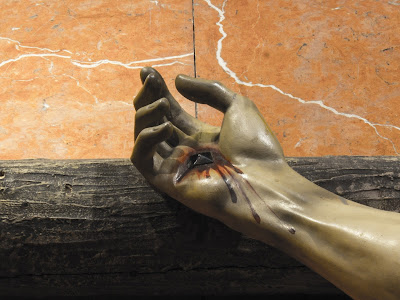 What is our strong evidence that Jesus was Crucified?

First, Publius Cornelius Tacitus provides very strong evidence outside the New Testament on the death of Jesus. Tacitus is one of the greatest Roman Historians.

Tacitus described the great fire that swept through Rome in AD 64 and he mentioned that Nero blamed it on Christians.
“To dispel the rumor, Nero substituted as culprits and
treated with most extreme punishments, some people
popularly known as Christians whose disgraceful lives (he
claimed) were notorious. The source of their name, Christus,
has been executed when Tiberius was emperor by
order of the procurator Pontius Pilate.” (Annals 15:44)

Second, Lucian of Samosata (ca. 115-ca.200) talks about Christ in the context of his attack on Christianity. Lucian accurately reports several things about second-century Christianity.
“…He knows that Christians worship a god who was a man, and one who was crucified in Palestine. They have a strong belief in life after death which affects their present life. (Jesus Outside the New Testament: An Introduction to the Ancient Evidence (Studying the Historical Jesus), Robert E. Van Voorst, Wm. B. Eerdmans-Lightning Source (April 13, 2000), p.60)

SAINT OF THE DAY: SAINT JEROME

September 30 Let us pray… Master of unworldliness and founder of monasteries, you had a deep love for God’s inspired Word and were a most careful translator of the Sacred Scriptures. Your single-mindness in seeking God’s glory is a perfect model for all exegetes. Inspire them with respect for the sacred text […]